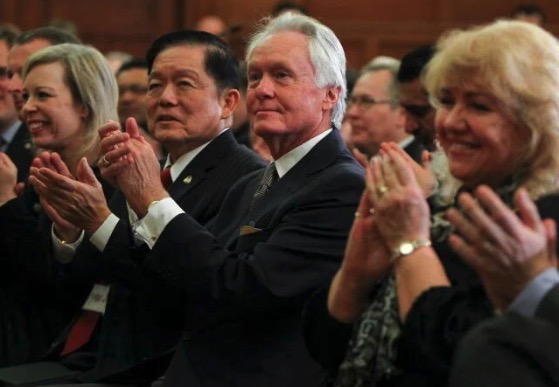 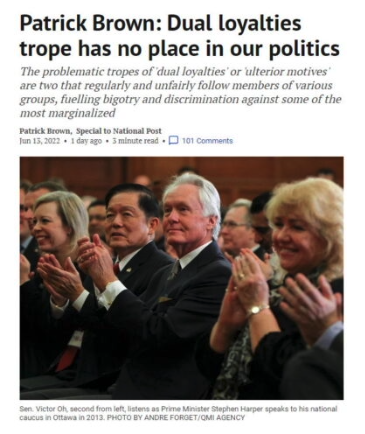 The problematic tropes of ‘dual loyalties’ or ‘ulterior motives’ are two that regularly and unfairly follow members of various groups, fuelling bigotry and discrimination against some of the most marginalized.

There is an issue with how some treat the participation of minority groups in Canada’s democratic process. It definitely feels as if suspicion is the default position of some in the media and politics. This is wrong.

The problematic tropes of “dual loyalties” or “ulterior motives” are two that regularly and unfairly follow members of various groups, fuelling bigotry and discrimination against some of the most marginalized. Unfortunately, the commentary around the Chinese community’s political engagement is no different. That should be a concern for Canadians because the reality is that when one group is maligned, we all are.

It is no secret that the Chinese-Canadian community had serious reservations about the current brand of conservatism in Canada, and particularly in the United States, which struggled to balance justified critiques of the Chinese government with sincere stakeholder engagement in the Chinese community and acknowledgement of anti-Asian racism.

We cannot expect people to break away from their heritage or to not have opinions on current affairs from where they may have immigrated from. This is a reality for most Canadians, as we all are immigrants, save for our Indigenous peoples. One of the beautiful parts of our country is the ability to maintain pride in one’s roots, while maintaining a deep love of being Canadian.

Some only see the worst in the Chinese-Canadian community, pushing them away and attempting to dismiss their diverse concerns by alleging they are simply directives from foreign bodies. While foreign interference exists, that suspicion has now been bafflingly and wrongly directed at Sen. Victor Oh and Markham, Ont.,Coun. Joe Li, as made out in a recent National Post article by Tom Blackwell. The article questioned why I would accept their support. These two Canadians have dedicated their lives to their community and to Canada. I am proud to have their support.

When then-prime minister Stephen Harper appointed Senator Oh, who had immigrated to Canada from Singapore over 30 years ago, he declared that, “All appointees are remarkable Canadians who have distinguished themselves in their respective pursuits.” Sen. Oh would go on to help move the Harper government in issuing a full apology for the Chinese head tax and the Chinese Exclusion Act, a dark chapter in Canada’s history.

The senator has been instrumental in representing all Canadians, while maintaining strong links within the Chinese community, ensuring the kind of diverse representation so desperately needed in the Senate — something we should all be celebrating and encouraging more of. Former Mississauga, Ont., mayor Hazel McCallion said, “Victor is known for giving back to the community and helping others through his work with Mississauga community organizations including Safe City Mississauga. Also of note is his support of economic development and prosperity in Mississauga.”

Coun. Li, one of the few municipal politicians hailing from a minority community, was born and raised in India. He has worked hard over the years to build strong trade relations with both India and China. For example, he played a key role in the Canadian delegation to the 2017 Bengal Global Business Summit, famously earning a reputation amongst Indian dignitaries by surprising them with his flawless Hindi.

Both Sen. Oh and Coun. Li are proud Canadians, who are working hard to ensure their community concerns and voices are heard, as they have been elected or appointed to do. Casting a shadow on both in a one-dimensional attack is sad and unacceptable. They have worked hard to build a life in this country, a country they have made better with their presence.

By suggesting they have dual loyalties, or inferring that they may be under the influence of foreign actors because they express commonly held concerns in the Chinese-Canadian community, only acts to cast aside their very real community grievances and decades’ worth of work in building a strong Canada. There is no contradiction in being proud of your ancestry and being a proud, patriotic Canadian at the same time.